Last night, the world once again beheld people whose basic rights have been violated, who have been caged by a system that criminalizes race and poverty, and who have been torn from their families because they could not afford a money bond or no bond was allowed.

Following protests in January and February, people last night held a banner from inside #STLCity’s “City Justice Center” that read, “HELP US,” and were heard saying they wanted court dates.

People awaiting their day in court are caged for an average of 344 days in CJC. In 2018, a report published by the Close the Workhouse campaign indicated people were caged pretrial in the City an average of 291 days.

In January 2019, we filed a lawsuit challenging the unlawful money bail system in St. Louis with co-counsel Civil Rights Corps, Georgetown Law ICAP & Advancement Project (DC). In June 2019, a federal judge granted a preliminary injunction. Of the 171 people detained in STL jails who got another bail hearing, 119 were released. Here’s a breakdown of detailed outcomes.

In March 2021, we filed a document with the court, essentially asking the judge to impose another injunction on the City because, after a year and a half of reading thousands of pages of transcripts, tracking every hearing, and observing these bail hearings, #STLCity jails are still full of people who did not receive basic due process before being caged.

In our Motion for Summary Judgment, we documented a few disturbing trends that underscore some of the calls for help heard last night. Here’s six of them:

In addition to the problematic and unlawful patterns in the data, we also read several examples of judges (and at times contracted attorneys) discarding and devaluing people’s lives. Here are four examples: 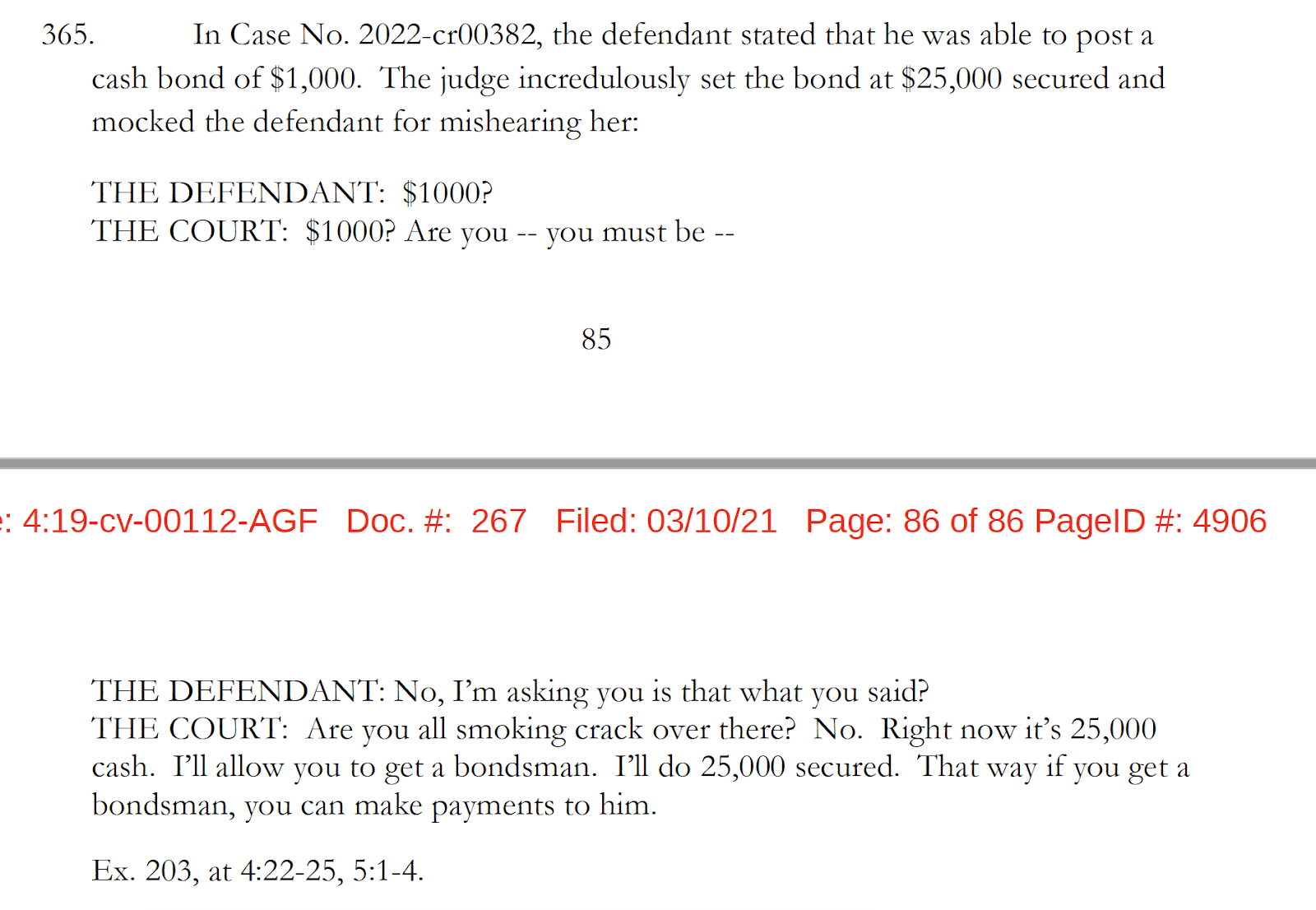 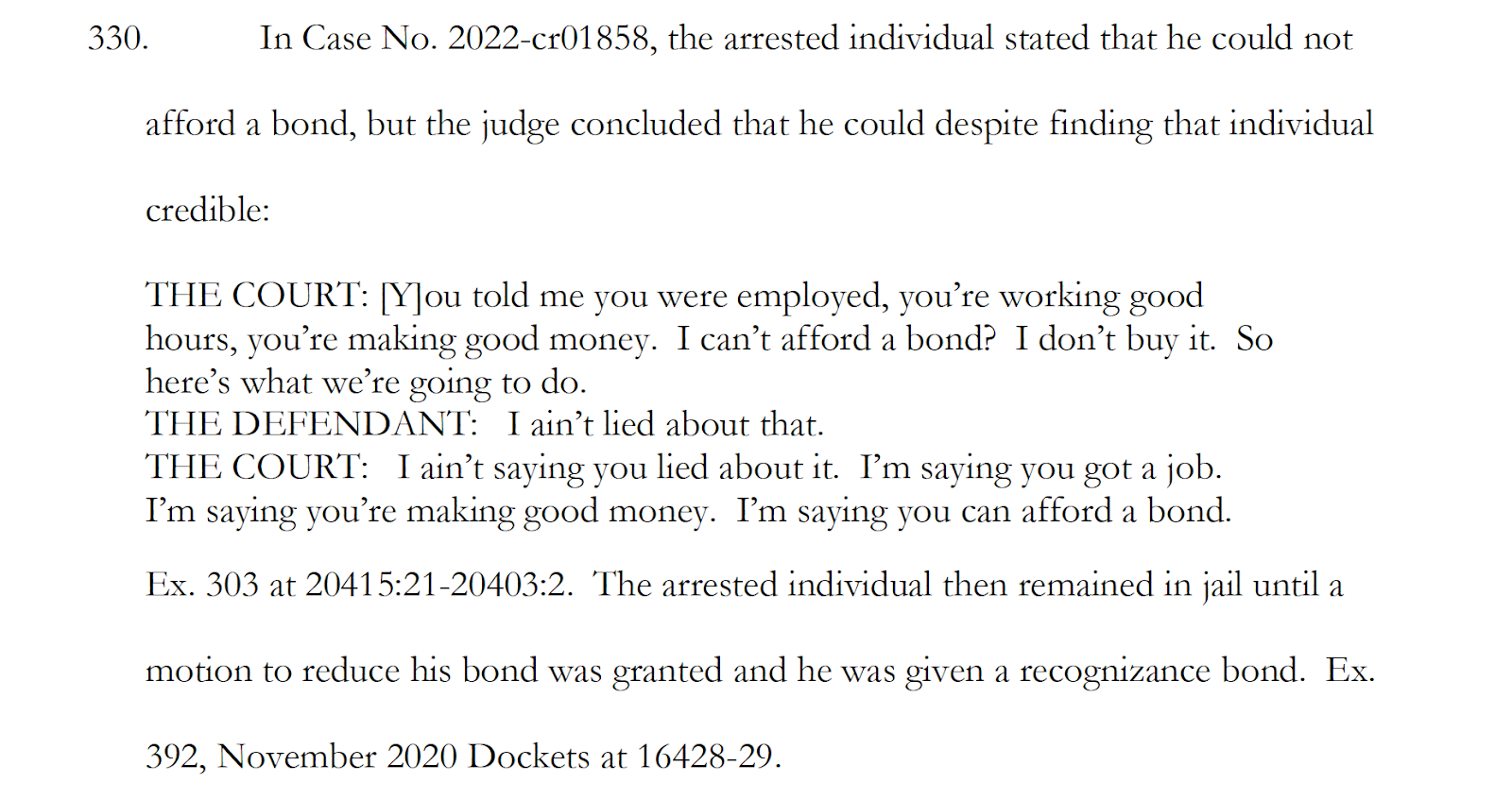 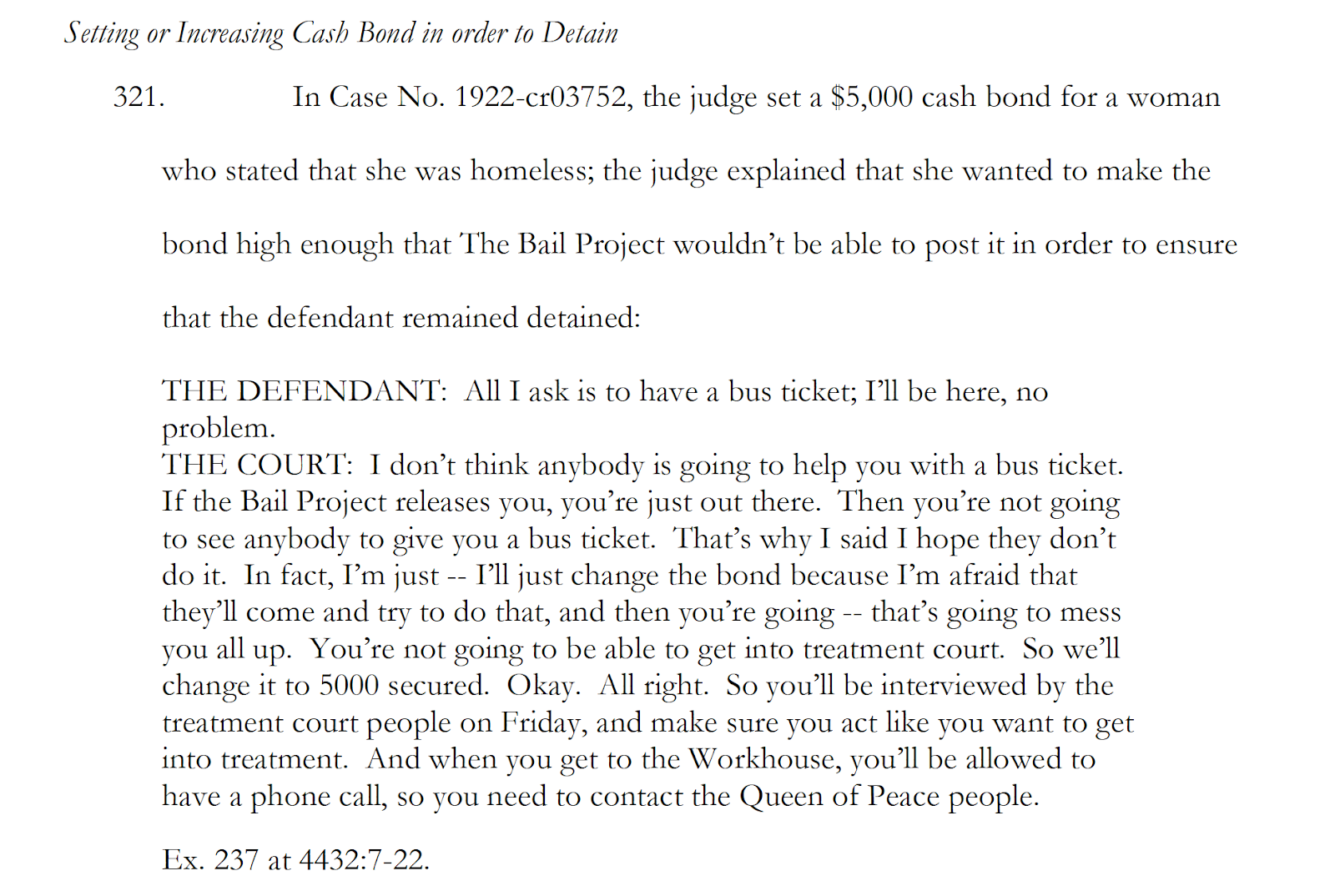 Our holistic legal advocacy has been active on all fronts to understand and respond to the ongoing crisis in St. Louis jails- from our Community Collaboration team, additional cases brought by our Impact Litigation department, our Direct Representation, and Media and Policy Advocacy work.

One example of this is the jail hotline we have operated for the past year to best understand the issues people inside the jails are facing. Through these calls we have also heard from jail employees and loved ones who know someone detained at CJC or the Workhouse. To hear audio clips from individuals who wanted to share their experiences, visit our SoundCloud channel.  ACD’s jail hotline is: (314) 643-8773

In the words of our Executive Director Blake Strode, the St. Louis jail crisis is about all of us, and “[w]e have, indeed, been here before. And we will be here again if we don’t start listening to a different set of voices and believing what they tell us.” To read the full op-ed as published in the St. Louis American, click here.